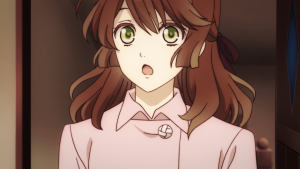 Hello everyone!  I hope you enjoyed MC Tuesday with Daredevil.  You know, in my short year as a blogger, I learned that when I watch anime to write about it, I view it differently than when I watch something for fun.  For example, right now, I’m watching Doctor Who.  I actually started from the ninth Doctor.  I’m not thinking about the ins and outs of the show, I’m just enjoying the experience.  Now, take Libra of nil Admirari.  I started watching it so I can write about it.  And if it were not for that one fact, I would have ditched this show ages ago.  But I started this journey with you, dear friends, and I wanted to see it to its conclusion.  But watching it brings something to mind, the concept of the hard left turn. 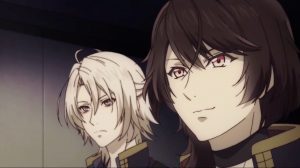 As I said in my first review, the trailer looked interesting.  Then, I start it, and its a terrible reverse harem.  But, I stick with it and a few things happen that give me a little hope.  Namely, the murders.  The crazy serial killer part had some flavor and I thought to myself “maybe the show is going to take a left turn”.  Oh, and it does.  It takes an awful left turn down a one-way street into oncoming traffic. 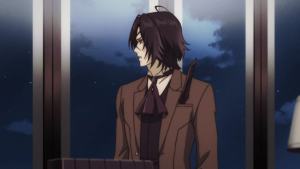 Just a warning…spoilers ahead.  So, we learn that the bad guys are apart of this organization called Karasu.  The head of said organization is Takashi Shiginuma.  Takashi loves cursed tomes.  That’s why he’s collecting them because he loves cursed tomes.  But that isn’t the shocking twist.  His half-brother Akira was a spy in Fukurou.  Not bad, but still not the twist.  Takashi is trying to kidnap our heroine Tsugumi.  And…here’s the twist…he wants to impregnate Tsugumi.  Stupid!  But, the reason is extremely dumb.  He wants to breed with her because she can see cursed tomes, and he can see cursed tomes.  So their baby will REALLY be able to see cursed tomes.  Of all the asinine, eye-roll inducing, nonsensical, garbage, this is the absolute poster child. 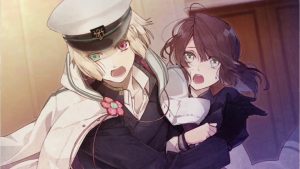 I certainly hope not!  Those animators and voice actors and whoever else can spend their time working on a good anime.  I could’ve dealt with the reverse harem mess if the motives were something else, ANYTHING ELSE!  They need to just cut their losses and let this be the first and last season. 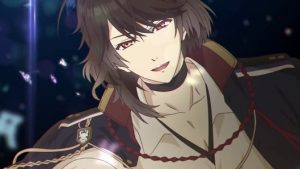 I love a good plot twist.  Some of my favorite movies have turns that keep me hanging on the edge of my seat.  Libra of nil Admirari is not that.  It is a vapid heroine, surrounded by nice-looking but shallow male characters.  If there is a season two, then my journey ends here.

Well, that’s it!  Next Tuesday is  Elektra for MC Tuesday.  So, make sure you join me for that.  I will see you later!