Hi everybody!  How are you doing?  I am busy busy busy!  This is my last week of school for a bit and so I’m scrambling to complete assignments.  But, after this week, I’ll have over a month to catch up on some shows, do some writing, and live my best life.  Now that the spring season is behind us, it is time to check out the summer line up.  This season, I decided to focus on three anime.  I watched about six for the spring season and it was a bit much, considering I’m in school.  Also, limiting the list will allow me to really give some in-depth thoughts.  Now, that does not mean that things will not change,  I may sprinkle on some other shows or movies here and there.  But, for now here is my summer anime watch list. 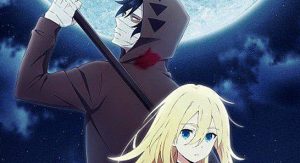 First of all, I like the name.  That doesn’t mean the show is going to be good, but a good name will certainly capture your attention.   Based on the trailer, it appears we are stuck in a crazy place, with crazy people.  I like crazy places and people.  My only concern would be that the show is focused on the crazy parts and not the storytelling parts.  This is currently airing on the Crunch and it will be my first review for the summer. 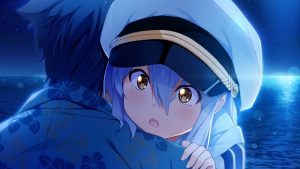 The premise looks interesting.  I like the “mysterious island” bit and the “confronting issues of the past” bit.  Crunchyroll says its a drama/sci-fi/slice of life.  We will see.  After all, anime does not have to fit into a particular genre.  Looks like a harem to me.  It is airing on Crunchyroll now.  I have yet to watch it, so I’m looking forward to seeing what’s happening. 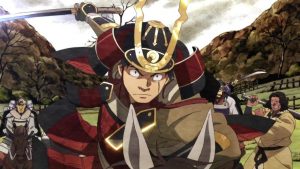 A historical piece will be a departure from my normal viewing experience.  What always bothers me about anime set in wartime situations is the pacing.  Sometimes, it feels like the show drags on for an eternity.  Then, you get some action or a big climax near the end.  The destination is not worth the journey.  Hopefully, this anime decides to go in a different direction and have some intrigue between the action sequences.

I’m hoping that this shorter list will leave me room to talk about some other things I have planned for the summer.  I will be attending a local anime convention next weekend.  Also, I want to attend our local Comic Con.  I’m starting small, just to see what it is all about.  Next summer, maybe I’ll do some traveling. The shorter list should leave room for me to discuss my little adventures. 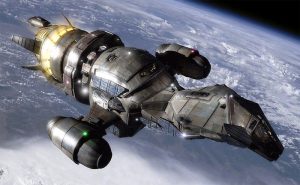 Well, that’s it for me!  Next week, we will start my watchlist with Angels of Death.  Until then, be sure to join me for The Punisher for MC Tuesday.  I think I will see Ant-Man and  Wasp next week, so look forward to that review.  There isn’t a lot of buzz or hype about it.  That concerns me.

And, since I have a break between school sessions, and I have a lighter load next session, I’m adding a Sunday post for the rest of July and all of August.  Strap on your cowboy boots and hop in your spaceship!  We are watching Firefly, one of my favorite shows ever!  My first post is this Sunday.  Make sure you join me on the Serenity!