Hi everybody!  Well, today was the beginning of the SBC Anime Festival at the Bossier City Civic Center in Louisiana.  The festival is two days long with panels, cosplay contests, video game competitions, movie screenings, meet-n-greets, and lots of merch.  I thought that I would give you my thoughts on my first experience at any convention.

I Know It’s An Anime Festival But…

As we, (the hub and I) enter the main floor, it is not what I expected.  This is a relatively small town, so I did not expect to see so many booths.  There are vendors everywhere.  A lot of them are selling T-shirts.  I walked around, taking notes of some t-shirts I like and may want to buy later.  And then there it is.  The most beautiful things my eyes have ever seen.  It is a matching TARDIS wallet and purse.  At that moment, there was nothing else in the building.  Of course, I could not leave without buying both. 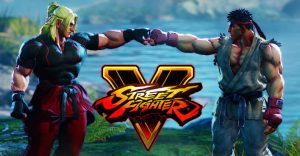 Outside the main floor, Beat That Guy Gaming from Birmingham, Alabama are holding video game tourneys.  The games included Dragon Ball Fighter Z, Street Fighter V, Blaze Blue Cross Tag Battle, Super Smash Bros., and Tekken 7.  I tell you what, they’re lucky I’m extremely rusty in SFV.  I would’ve had to jump on the controllers and school the youngins.  But, I haven’t played in some time.  You win youngins…you win.

There were quite a few special guests at the event.  The line for Power Ranger alum Jason David Frank was extremely long.  However, one booth truly captured our attention. To finish our visit, I wanted to stop at a booth that caught my husband’s eye earlier.  It is the booth of writer Greg Burnham and artist Marcus Williams.  They collaborated on the new comic Tuskegee Heirs.  We purchased the first two issues that I will review soon.  I can already tell you that the artwork is outstanding.  It is a sci-fi comic about aviators in a futuristic world.  We also picked up a few amazing posters.  Of course, everything is autographed.    I’m looking forward to reading the comics and continuing to support black creators.

This was fun!  I enjoyed shopping for merch and seeing the cosplayers.  You do not have to live in California or New York to immerse yourself in anime culture and community.  Old, young, families, black, white, cosplayers, non-cosplayers, we were all there to celebrate our love for anime and geek culture.  I encourage everyone to support your local conventions.

Well, that’s it for me.  I have to refresh my cocktail and re-watch the first two episodes of Firefly.  Be sure to join me tomorrow for Serenity Sunday, where we dive into the show.  MC Tuesday will be my thoughts on Ant-Man and Wasp.  Anime Thursday’s show is Angolmois: Record of Mongol Invasion.  I will see you tomorrow!