Hi everybody!  Welcome to MC Tuesday, where we watch a movie from the Marvel Cinematic Universe.  Today’s movie is The Avengers.  Unlike previous and future posts, including Thor, I did not have to re-watch this one.  I’ve seen this movie a billion times.  This is the first time where the team is together for an epic battle.  The movie’s director is the incredible Joss Whedon.  He is responsible for two shows that I absolutely love:  Buffy the Vampire Slayer and freakin’ Firefly!  And don’t get me started on Serenity!  We will see his name again later in our timeline.  Well, enough introduction, let’s dive into The Avengers.

We see Nick Fury (Samual L. Jackson) a bit in previous movies. However, he is prevalent in The Avengers.  Poor Nick has a lot on his plate.  He has a guy with a ferocious temper, a goody-two-shoes, a rich d-bag, a guy still using a bow and arrow, a demigod with family issues, and Black Widow (Scarlett Johansson).  He has to convince this group of personalities to work together to take down an evil far greater than their pettiness.  Of course, Tony Stark/Iron Man (Robert Downey Jr.) does not get along with Captain America (Chris Evans).  Then, Hawkeye (Jeremy Renner)  is evil for most of the movie.  And everyone is tip-toeing around Bruce Banner/Hulk (Mark Ruffalo) to avoid the mean and green.  But, Fury manages to get them together once Agent Coulson (Clark Gregg) is “dead”.

At least Hulk is still cool

I’m sorry, I miss Edward Norton as Bruce Banner.  But I read a few articles about his departure and I guess it was not a good fit for either party.  But Mark Ruffalo?    Mark Ruffalo has one face, just one face.  I don’t know if I can describe the face.  It looks like a mixture of sad and confused.  Even when he smiles, he looks like he going to burst into tears.  It’s not brooding like Jon Snow, it’s more like watching a baby bite a lemon.  I’m trying to think of who would make a good Banner.  Matt Damon maybe.  At least he has more than one face.  At any rate, the Hulk is still awesome.  Especially when he punches the crap out of Thor (Chris Hemsworth).  Also when he slams Loki (Tom Hiddleston) around like he’s breaking up a bag of ice. 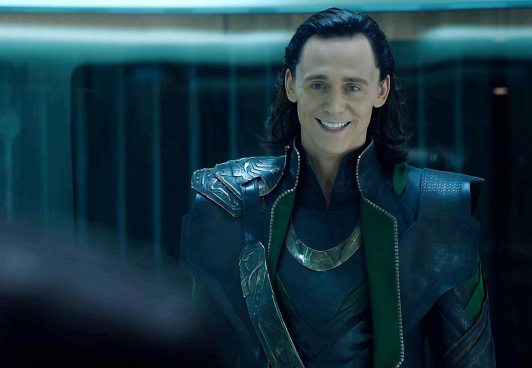 Someone needs to hug Loki.  This dude has the worst inferiority complex I have ever seen.  He tried to be the man in Asgard and when that didn’t work, he tries to take over the Earth because he is mad at his brother.  And what do you get for your troubles?  You get bodied by the Hulk in a hilarious way.  It’s time to re-think your life decisions, bro.  Maybe you are not cut out for world-conquering.  If you want to run something, open a Starbucks.  A lot of people worship that stuff.

Well, that’s all we have for the Avengers.  What do you think of this first team movie?  What about Mark Ruffalo?  Do you appreciate his sad, sad face?  Or, do you think someone is better suited?  Let me know!  Next week we are back with Stark in Iron Man 3.  Until then, I will see you on Anime Thursday for Afro Samurai.

Before I go, I hope you will follow me on my social media.  On the Facebook page, I post mini-blogs.  Yesterday, I compared myself to drunk anime characters.  I’m also on Instagram and Twitter.  Here are the links.  Please come through and say hi!