Hi everybody! Welcome to MC Tuesday where we discuss a movie from the Marvel Cinematic Universe. I know I missed you on Sunday but I am having a small health issue. I’m going to discuss episodes 7-9 of I’m Mira, Your Housekeeper this Sunday. As for today, we are watching 2014’s Captain America: The Winter Soldier. This will be my first viewing so let’s get to it.  The movie is directed by Anthony and Joe Russo who did Civil War.

What I need in a sequel

After watching The Winter Soldier, all I can say is yasssss!!! The two hour and fifteen-minute length is a little worrying until you watch the movie.  There is a nice balance of action and exposition.  If you recall from the other week, I had a big problem with the length of Iron Man 3.  It felt like a two-hour movie.  However, in The Winter Soldier, we get enough background and introduction to new characters to know what is happening, with some amazing action scenes that I wish I saw on the big screen.  The hours just seem to fly by.

This is one of my favorite bad guys.  Even though it is not surprising that he turns out to Bucky Barnes (Sebastian Stan), it is still thrilling to watch him hand Captain America (Chris Evans) a beatdown.  The way The Winter Soldier transitions from weapon to another is like watching a really violent ballet.  And once you realize he is just a pawn in Senator Pearce’s (Robert Redford) plans, he is not that bad of a guy.

I’m going to need Hydra to take it down a notch.  If you recall, Hyrda is the evil Nazi organization from Captian America: The First Avenger.  Now they have infiltrated S.H.I.E.L.D, using it to carry out their evil deeds.  They are trying to take over the world Loki-style.  The plan is doomed to fail if it is that grandiose.  And the things they did to Bucky are downright mean.

It is nice to see Director Nick Fury (Samuel L. Jackson) doing something besides emerging from the shadows.  The scene of him in the car trying to get away from the bad guys is fun.  I also like that he is not as in control of the situation as he thinks.  He is played by Pearce just like the rest of S.H.I.E.L.D. and the committee that provides oversight. 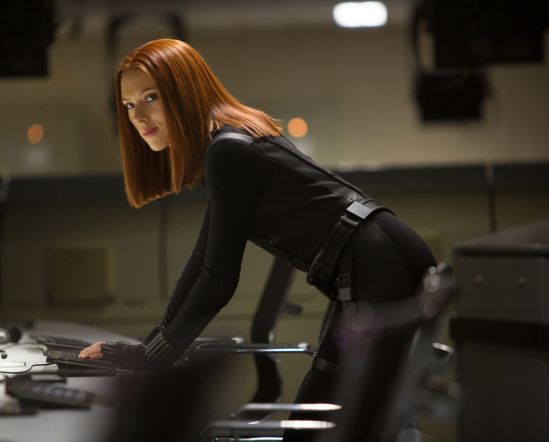 Natasha Romanoff (Scarlett Johansson) is once again slaying the game in this movie. I appreciate how she is kicking butt and trying to hook Cap up with a girlfriend.  She’s a warrior but still girlie at the same time. 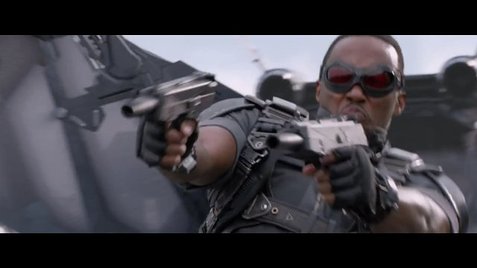 This is our first encounter with Sam Wilson aka Falcon (Anthony Mackie).  He’s no King of Wakanda, but he is still skilled with those mechanical wings.  His action scenes are awesome.  The part when he jumps of the ship and deploys his wings is epic.