Hi everybody!  Welcome to MC Tuesday, where we watch a movie from the Marvel Cinematic Universe, and today, we have a great one!  We are watching 2014’s Guardians of the Galaxy.  I. LOVE. THIS. MOVIE!!!!!  It is loaded with action, comedy, and awesome characters. It doesn’t feel long or pretentious or has annoying villains. I smile nearly the entire time I watch this movie (except near the end with Groot.  I shed a few tears!).  This Marvel greatness is directed by James Gunn.  Let’s do this! 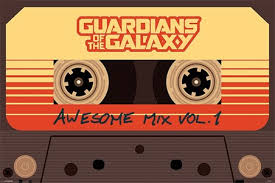 One thing that occasionally annoys me about the use of music and pop culture in movies is that it can sometimes feel like an insult to my intelligence. Talking about Vietnam?  Here comes “Fortunate Son” by Creedence Clearwater Revival.  Every time.  We know we are dealing with a Vietnam movie!  You have the word “Vietnam” and show the helicopter at the top.  Jeez!!! 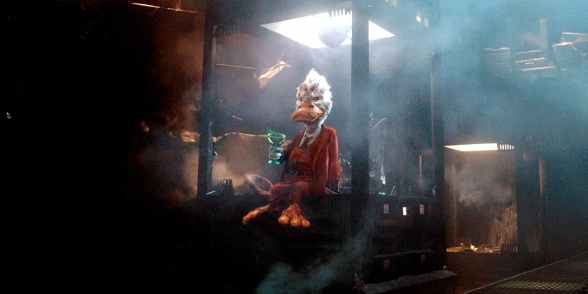 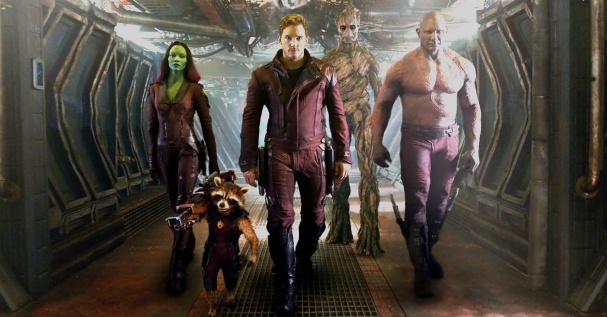 Honestly, I do not have one.  They all have a charm that makes it hard for me to choose one.  You have Peter Quill aka Starlord (Chris Pratt), your funny, gungho cowboy in the crew.  There’s Gamora (Zoe Saldana), a beautiful and fierce warrior.  Then there’s Drax the Destroyer (David Bautista, one of my favorite WWE wrestlers from back in the day), who is hilarious in his ignorance.  Rocket (voiced by Bradley Cooper) is a dude (or raccoon) that doesn’t let his size stop his gangsta.  Last but not least there’s Groot (voiced by Vin Diesel), who needs no explanation.  I just can’t pick one.  That’s one of the things that is truly endearing about this movie.  No one character outshines the other.  It happens in the Avengers movies, where Cap or Stark stands out a little more than the others. 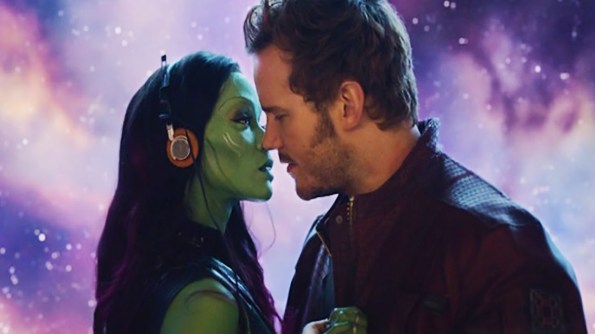 Guardians absolutely nails moments.  These moments between the action gives you time to get to connect with these characters.  When they are in the bar and Starlord is talking to Gamora about Footloose.  Moment.  When Starlord is trying to convince the team to help him.  Moment.  When Groot sacrifices himself for the team.  Moment.  Even when Ronan (Lee Pace) is talking to Thanos (Josh Brolin) while Nebula (Karen “come along Pond” Gillan) is chilling on the step.  At this moment, you can sense Ronan’s feelings of inadequacy.

Well, there you have it!  It was fun revisiting this movie.  How do you feel about Guardians?  Did you love it as much or more than I, or is it a pass?  Who’s your favorite character?  Next week is the brightly-colored sequel, featuring our lil’ Groot!  Until then, I will see you for anime Thursday.