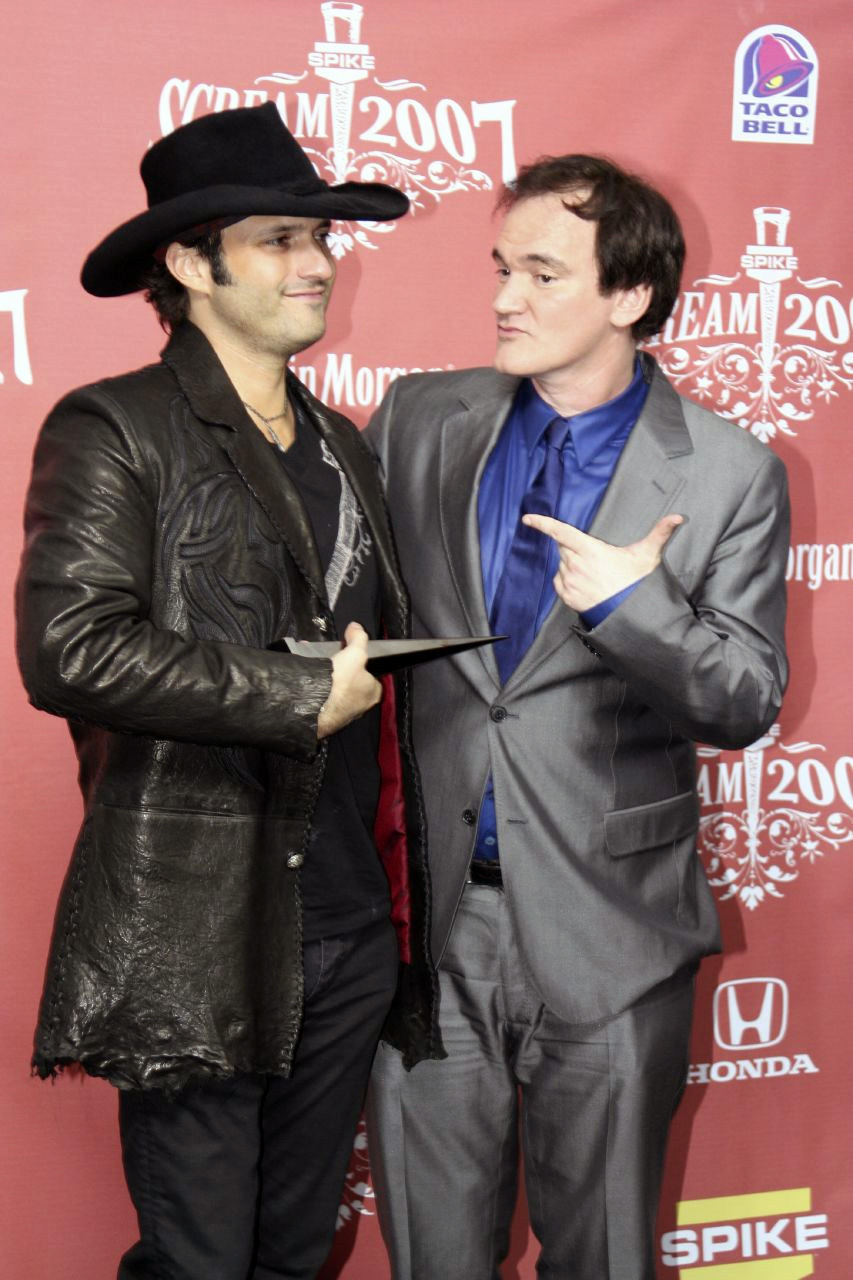 Hello everyone!  Welcome to Rod-Tino Tuesday, where we watch a movie directed by either Quentin Tarantino or Robert Rodriguez.  Today’s movie is the business!!!  We are watching 1998’s The Faculty, directed by Robert Rodriguez.  This particular movie slipped out of my memory.  This has a lot to do with the timing of the movie’s release.  Think about the movies premiering around this time.  We have huge movies like Saving Private Ryan, Armageddon, American History X, The Truman Show, and the list goes on.  These movies all premiered in 1998.  If we are talking specifically about the teen horror style of movie, we have Scream (1996), I Know What You Did Last Summer (1997), The Craft (1996), and Final Destination (2000) to name a few.  But The Faculty is this weird and amazing movie with big stars.  Allow me to give you a refresher before I get into what makes this movie awesome. 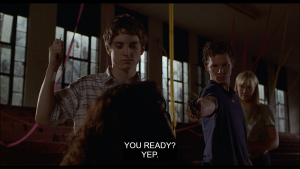 If you have never seen The Faculty, it’s kind of like The Breakfast Club with alien parasites.  Casey (Elijah Wood) is our nerd going through nerd things like being the butt of horrible pranks, and being the photographer of the school paper.  The editor of the paper is the beautiful and cold-hearted Delilah (Jordanna Brewster).  For a brief moment in the movie, she is dating quarterback Stan (Shawn Hatosy).  But, they break up and he develops a relationship with the outcast Stokely (Clea Duvall).  Zeke (Josh Harnett) is the brilliant, drug dealing bad boy.  He starts an instant romance with new girl Marybeth (Laura Harris) from Georgia. We find out later that she is our queen thirsty worm.  Gabe (Usher, the Usher) is the new captain once Stan quits the football team. 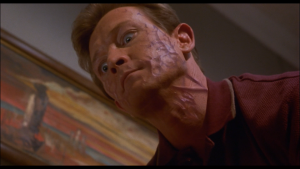 The faculty is the first infected with a parasite that needs water to survive.  The parasite decides to infect humans since our bodies are mostly water.  The first victim we see is the head football coach, the angry Joe Willis (Robert Patrick).  He is extremely calm after the parasite.  We also see Mrs. Olson (Piper Laurie), who helps the coach infect the principal Valerie Drake (Bebe Neuwirth).  Eventually, they infect the nurse (Selma Hayek), the drunk history teacher (Daniel von Bargen), the biology teacher (Jon Stewart), and the rest of the town.  Our Breakfast Club has to find the queen of the aliens, and kill her so that the town can go back to normal.  More importantly, what an amazing cast!

The meanest town in Ohio 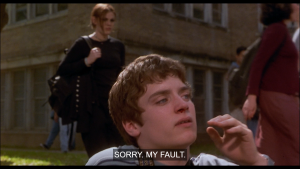 At the beginning of the movie, we are introduced to the meanest town in Ohio.  So much happens on this particular day of school.  First, we have our poor little Casey.  He is getting brutalized the second he steps foot on the campus.  A group of jocks is beating him up and slamming his junk onto a flagpole.  We also see a minor fender bender that leads to a fight.  Then, there is the girl that repeatedly slaps her girlfriend.  This scene provides a juxtaposition to the calm that the water worms provide its host. 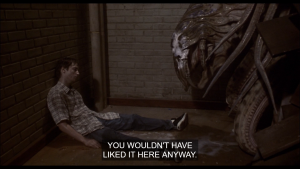 One of the most delightful parts of this movie is in the end.  The big hero of the movie is not the bad boy Zeke, or the jock Stan, it is the nerd Casey.  He kills the queen aka Marybeth.  Casey is hailed as a hero and starts dating Delilah, who a month ago did not give him the time of day.  He is in every major magazine and on every news outlet.  He saves this terrible town, and the world, from the thirsty worms.

The Faculty is so much fun, from beginning to the end.  It does not take itself too seriously with a bunch of emo kids.  Rodriguez takes a cliche teen horror format and puts a campy spin on it.

Well, that’s it for The Faculty.  Next week, we return to Quentin Tarantino.  The random number generator chose movie number two.  We are watching the absolute classic Pulp Fiction!!!  So, grab your Hunny Bunny and come back to read my thoughts on this fantastic film.  If you do not know the list, click here.  Until then, be sure to join me for Anime Thursday and Angolmois: Record of Mongol Invasion.  Sunday is episode five of Firefly, Safe.  I will see you later.

2 thoughts on “Rod-Tino Tuesday: The Faculty”